The title of this blog has multiple meanings. The first, and most obvious, is that this past week we celebrated the 196th Independence Day for Honduras. The other is how I feel living on my own in another country. I have complete control over my schedule, meals and social activities. I’ve had people ask me how I fill my time, especially over the holiday when we had a five-day weekend. I simply address all of the tasks that require my attention. I wake up and force myself to workout. After a quick bucket shower, I find myself in the kitchen cooking a basic yet nutritious meal of eggs, beans and leftover sautéed onions and peppers. Shortly thereafter there are always things to clean. Some days it’s hand washing my clothing, others it’s washing the dishes by hand. A couple times per week I sweep my room and the adjacent hallway clear of the leaves and dust that accumulate. Every Sunday I go shopping for food supplies and other basic necessities. At some point during the day, I try to get on the grid to check emails, catch up on news, and look at a few social media. Later in the afternoons, it’s time to adhere to the routine I mentioned last week with GRE and Spanish studying. By the time that has finished I will be hungry enough to prepare some dinner. To end the day I usually read for pleasure (in English) and watch an episode or two of a tv show on my computer. Time passes quickly when you fill it fill things to do. I haven’t even mentioned journaling, taking pictures, hiking and writing weekly blogs. 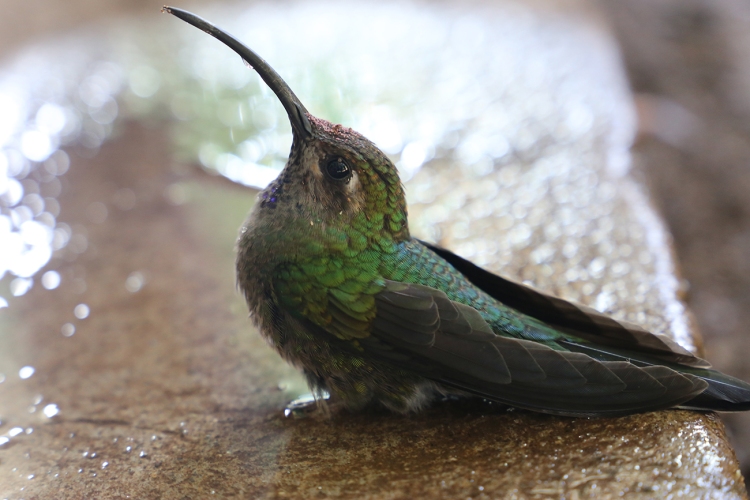 One of my favorite parts of the trip to Honduras last year was creating the Changing Camasca video. The students really warmed up to the camera and so far this year they have been asking me to bring it into the classroom. Laura and Paul brought to my attention how much they’ve been using the video to show to prospective volunteers and the great feedback they have received. This year, armed with new equipment, I am determined to produce not one, but several videos. During my first three weeks here I have been filming and editing my first video of 2017, titled Facing the Future. It includes the smiling faces of all 111 students at the Bilingual School. The idea struck me while I was swaying in the hammock, lost in my thoughts. I thought what better way to bring attention to the students than to have them be the entirety of the video, naturally and genuinely expressing themselves. I’m hoping to complete it this week and, wifi willing, upload it to the blog. The most challenging aspect hasn’t been filming or editing. I really wanted to include a voice-over to accompany the shots of the kids. I’ve had difficulty finding a truly silent place in which to record my voice. Everywhere I go there is noise. The roosters are everywhere and make their presence known. Stray dogs bark at cars at the moto-taxis that pass by them. The tin roofs of all the buildings are constantly pinging. Men herding animals yell and kick to keep them in line. One of these days I will find the peace and quiet that eludes me so and will complete the voice over.

The big event of the week was obviously the Independence Day celebration. Last year I attended the Feria, which was the celebration of the town itself, and it was a bustling multi-day event with a rodeo, dances, and vendors filling the street. I expected the same, if not more, from the day of the nation. I ended up being very underwhelmed. There was a parade on Thursday featuring all of the grammar schools, and a parade on Friday with the high school. Though they were long and intricate, I couldn’t help but feel a bit disappointed especially compared with the Independence celebrations I had been a part of in Malaysia, Chile and of course the U.S. The parade on Thursday was still exciting to attend because it featured all of the Bilingual School students. They had been practicing for an hour every morning for almost a month. We had baton twirlers in pink tutus and flag bearers wearing police-cadet-type uniforms with the flat top pointed hats. Following them was the marching band procession with their colorful capes playing the same riff over and over, ensuring that you would hear it in your sleep that night. At the head of the parade were three of our female students, Laura, Camila and Amaris. Amaris, on the far left, wore an indigenous dress that won second place in the competition. The word around Camasca was that her dress was far superior to the one which won first place, but there is some lingering animosity towards the school and certain judges don’t want to award them first place. I hope that is mere conjecture because it sure would be heartbreaking to learn that this school, and all of the wonderful things it accomplishes and sets these students up for later in life, doesn’t have the absolute support of everyone in town. I watched the parade from Laura and Paul’s Camasca residence with the other volunteers, until I was drawn out into the street by the allure of better angles and pictures. I followed the procession for about a block greeting the kids, taking their pictures, and avoiding the smaller Hondurans and their sun umbrellas that dangerously threatened my eyes. The detail and effort put into all of the costumes and accessories were impressive. All of the parents and siblings worked together to make sure every student had the necessary attire. All of the teachers spent time practicing the marching steps, teaching choreography to the dancers, and enduring the incessant pounding of the drums.

After two days of parades, the weekend rolled around without anything planned. That changed quickly. One of the other volunteers, Jair was leaving on Sunday to return to the U.S. and he and his host family invited us over for a French toast breakfast and barbecued pork lunch. I could see the impending sadness as they said farewell to the first volunteer that had lived with them, but Grace and I agreed to not be strangers in their home. They have a spacious kitchen with a gas stove, and Emelia, the host mother, loves to learn how to cook new things. The day before, Saturday, I decided to go for a hike up into the mountains. The previous year I had taken the path behind Profe Iris’ house many times and followed the route up to the top to see the never-ending skyline of rolling mountains. So far this year, I’m ashamed to say, I had only been on shorter walks around town. That morning I set out with a backpack full of camera gear, a full water bottle, and bug spray. I took the normal route as far to where I had previously stopped and kept going. I went from one mountaintop to the next. I came across fields of corn that looked wilted and rotted. I learned later that the growers allow the corn to become as dried out as possible before picking it to be ground into flour. I climbed over barbed wire fences and followed previously unknown paths. Keeping in mind my original orientation I was able to form a big loop and end of back where I started. Afterwards, I was so exhilarated from my explorations that I vowed to make it a regular Saturday morning occurrence.

That’s all for now. Be on the lookout for the Facing the Future video hoping coming out this week!