The first week living abroad is always about organization. Unpacking and putting away clothes. Re-familiarizing myself with the layout of the town including the best places to buy vegetables and observing which new restaurants that have opened. Visiting old friends and my former Honduran host family. Learning the art of hand washing clothes in the basin downstairs. Forcing myself to drink more water than I am accustomed to. By week two most of the initial steps are completed and I transition more into building a routine. In the States, I am a big proponent of routines, and here it is no different. It keeps me focused and motivated. I have several items that will occupy most of my free time over the next few months. I am studying to take the GRE test when I return and translating Harry Potter from Spanish to English to improve my vocabulary and reading ability. I set aside about two hours per day for those and another for some form of exercise whether it be yoga, cardio or strength building. Outside of those allotted times, I can be found exploring the paths that lead up into the mountains or comfortably swaying in the porch hammock reading a book. It’s a simple life but a good one.

This week there were a few exciting (in a Honduran sense) events that took place. The first one, which I mentioned at the tail end of last week’s post, was the World Cup Qualifying game that took place between Honduras and the U.S. It was on Tuesday afternoon at 3:30 local time, which is two hours behind EST. In fitting Honduran fashion, the power had been out for the majority of the day. When that’s the case there are only a select few places in town that have the financial resources to operate a generator. One of those is the restaurant Camaxley, home of the best burrito in town and my favorite place to eat. Knowing that the entire town was without power I knew that the restaurant would be packed. I left right after school, around 2:20, and after changing into shorts went straight to the restaurant. When I arrived there were already a few people who had commandeered tables but still plenty of space. By the time the game started it was standing room only. Throughout the game, the power would go in and out as would the generator, which added an extra element of suspense. The downstairs area of the restaurant was filled with about fifty or sixty Honduras and two gringos; Grace, the other volunteer, and myself. The U.S. team was dominated for the majority of the game. It was clear that the heat and humidity were affecting them. Honduras scored in the 28th minute and the place erupted. Considering that the language barrier affected their ability to trash talk, the Honduras resorted to using what ever English they had in their repertoire. “Honduras 1 USA 0!” “Honduras win!” “USA nothing!” Phrases like that filled the room. The volunteer in me nodded and smiled while my inner competitor was seething. In the 86th minute, the U.S. scored a garbage goal on a chaotic play in the box. The only sound in the restaurant was my clapping. We were fortunate to escape with a tie. I was thankful for the tie as well since I had made a bet with the fourth grade students that if Honduras won, each of them would receive two stickers. I don’t have a large enough reserve of stickers to be making bets like that.

Today, Sunday, September 10th is Children’s Day in Honduras. Since it fell on a Sunday this year we celebrated at the bilingual school on Friday. There were no classes, the students didn’t have to wear their uniforms, and the teachers and I planned a day full of games and activities. As the students trickled in after the normal 8am starting time, we began the day with face painting. Having the foresight to realize that would be an all day endeavor I declined to be a face painter and instead opted to be the DJ for the karaoke machine. I thoroughly enjoyed using my movie-trailer-voice and saying “DJ MATEO!” Since there was no power we were limited to my collection of about ten Spanish songs, but since they were all hits we made due. Despacito was played at least five times. Once everyone had arrived and gotten their face painted we began the day with a small ceremony and an official welcome from each of the teachers. From that point, we ran through a variety of short, entertaining games. There was a dance competition open to all grades that was won by the electric, quick feet of Heber in second grade. The Kindergarten/pre school kids played musical chairs. The third and fourth grade representatives had a balloon tied around their ankle and competed to see who could be the last one standing without having their balloon popped. The most engaging competition was the Honduran version of bobbing for apples which was to bob for oranges. I should clarify that there was a single orange. Once the first student was able to pick it up, after about five others had tried, the game ended in underwhelming fashion. By then it was time to break out the piñatas. The day before I asked the teachers how many piñatas we had purchased and they told me two. I spent the rest of the day wondering how that could possibly be enough for over 100 students. It turns out that there were two per class. One by one each class formed a circle around the dangling piñatas and promptly hacked them to bits. With the kindergarten/preschoolers, I felt like security at a concert venue. The second any piece of candy hit the ground they all rushed forward without the slightest concern for their classmate who was widely swinging a wooden broom handle. Thankfully there were no injuries and each kid acquired a substantial amount of candy. Once every class had dismantled their respective piñatas it was time for lunch that was served with soda and juice, and then cake just in case everyone hadn’t had enough candy. It was an enjoyable day made better by the fact that just as the exhaustion from all of the activities and candy set in we were able to send the kids home. I immediately went to my hammock and passed out for a half an hour. 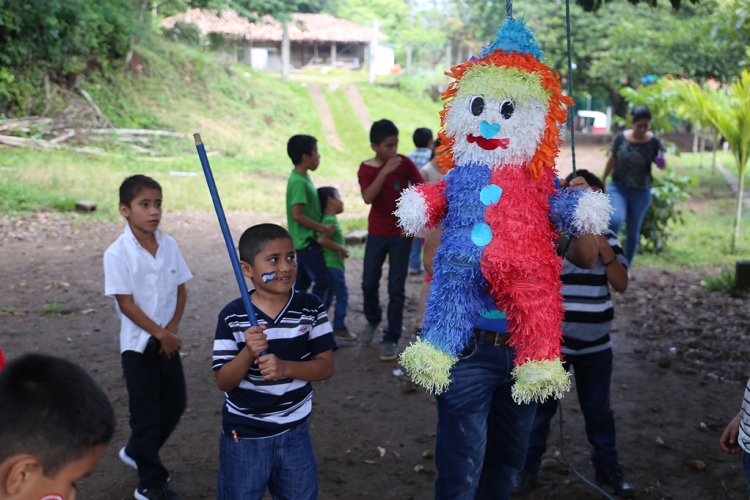 During most weekends in Honduras, I try to do as little as possible. I lounge about, catch up with world news, read and study. It’s also a great time to talk with those who are important to me back home. With the improvement in the wifi, I can now do video chats through WhatsApp to not only hear voices but see dearly missed faces. This weekend, however, was a different story. On Saturday, there was a battle of the bands between all of the high schools in the area. It was located in Santa Lucia, which according to maps is only 20km away from Camasca but took us almost ninety minutes to navigate the rocky, meandering back roads through the vegetated Honduran mountainside. On the way there I rode in the front seat with the driver Manrique, Profe Iris’ son. On the way back we added an older gentleman to our crew and I was relegated to the bed of the pickup truck. Standing in the back, hanging on to the sides of the cabin as we traversed the bumps and turns was fun and provided a great view, but I was achy by the time we arrived back. The competition itself, however, was one of the most exciting events I have been to in Honduras. The plaza in Santa Lucia was packed with people from all of the surrounding towns. There were signs, balloons, chants, and confetti constantly raining down on the plaza. Five bands that participated and each was allotted fifteen minutes to perform. Camasca was the reigning champion and finished in second place this year. Each band incorporated around thirty students playing instruments, dancing or twirling batons. The combination of choreographed movement, quick rhythm changing tunes and colorful outfits made for quite a spectacle. I was very impressed by the abilities of these students and remarked at the talent it takes to remain in sync with all of your other bandmates. The high school in Camasca had canceled all classes for the previous two weeks in order to practice so I guess one could say that they take it very seriously. 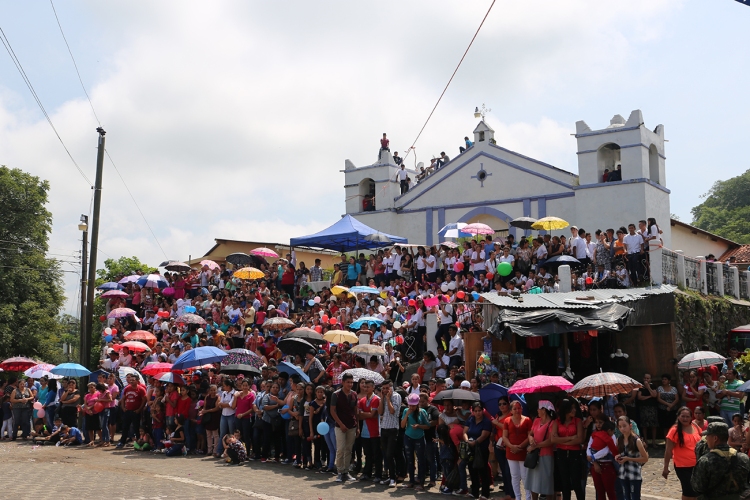 Next week will be the Independence Day and the myriad events and festivities that accompany it. I am also optimistic that I will be sharing my first video within the next week. Stay tuned, and as always, thank you for following the journey!

One thought on “Settling In”