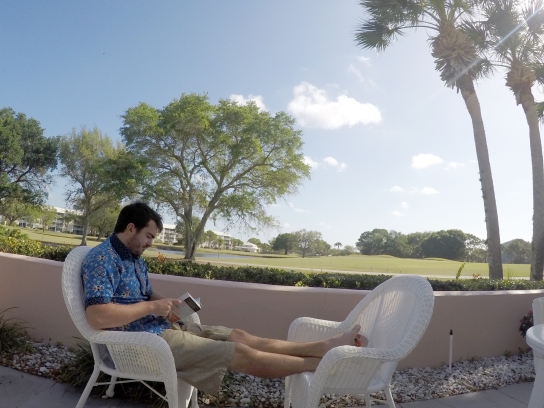 A collection of books for those who love to wander and wonder.

Recipient of the NobPrizeice for literature, this is perhaps the most famous book ever written by a South American author. Marquez weaves together reality and mysticism as he writes about the lineage of a family over the course of a century.

A boy’s perilous journey from Honduras to The United States to reunite with his mother. A look into the sacrifices made by undocumented immigrants with the hopes of attaining a better life elsewhere.

I read this book before I went to Cambodia in June 2015. Most people in the world have never heard of the Khmer Rouge and the genocide that took place in Cambodia in the 1970s. This first-person account is a testament to those atrocities that the country is still recovering from today.

A Pulitzer prize winner about the reclusive nation of North Korea. It includes everything from spying, kidnapping, labor camps, underground bunkers and the Dear Leader himself.

A glimpse of Japan, both historically and culturally, through the eyes of a geisha in the early twentieth century through World War II.

Dr. Kalanithi, a renowned neurosurgeon fights and eventually loses his own battle with brain cancer. As he tells his story, he finds beauty and hope searching for the true meaning of living.

Experience a combat zone, filled with firefights and kidnappings, through the eyes of a photographer, both in her writing and pictures.

One of my all-time favorite books is this memoir of an Australian who escapes from prison and starts a new life in India. Follow his story over the course of several years as he becomes associated with gangsters, falls in love, and delves into the black market of Indian cities.

A hilarious and entertaining account of an American teaching English in Japan, who decides to hitchhike across Japan and follow the arrival of the cherry blossoms.

The first book that I read about Malaysia. In the 1940s, a boy faces difficult decisions and diverging loyalties in Malaysia as a Japanese invasion is imminent.

Nine separate stories of pious individuals in India. Hinduism has a variety of sects and levels of devotion that are explained through characters interviewed by the author.

The harrowing recollection of three Americans who inadvertently cross into Iran and are taken prisoner for over a year. They recount their struggle and the politics involved in obtaining their release.

Taking place in a trash landfill in Cambodia, one woman attempts to improve the livelihood for herself, her husband, and their sick child by gaining literacy.

A truly incredible novel of two converging plot lines during World War II; one being a Nazi soldier who specializes in locating enemy radio frequencies, and the other being a blind French girl who is separated from her father.

A story based on true events during World War II of a railway that the Japanese were trying to build between Thailand and Burma. Told from the perspective of a POW with flashbacks and flash-forwards, the gruesome details of captivity and labor in the jungle will have your stomach churning.

I read this before I started my twelve-day trek through Torres Del Paine National Park in Paganonia, Chile. It is a wonderful combination of the author’s own experiences, as well as the history of one of the most beautiful places on earth.

The author of the famous Fear and Loathing in Las Vegas is in Cuba working at a struggling newspaper and drowning his sorrows, as well as victories, in the national drink.

Before he was the defiant Che Guevara who led a revolution in Cuba, he was a doctor who decided to ride from Argentina to the top of South America with only his bike, a friend, and a journal.

*UPDATE* No longer recommended because of the atrocities occurring against the Rohingya in Myanmar under the deafening silence of Aung San Suu Kyi.

A writer’s experience riding trains from Western Europe to Eastern Asia in the 1970s. The personal aspect of this novel, as well as the variety of ethnicities and cultures, encountered ensure an entertaining read.

Set in the 1930s the story revolves around two cousins; one fleeing Nazi persecution in Europe and another looking to get rich quick in New York City. They find a connection through comics until other factors disrupt their harmony.

The Amazon is one of the last places on earth that has yet to be fully categorized and explored. Read about the many explorers who have dared to enter this dangerous and mystical place in search of riches, and some who never made it out alive.

A beautiful tale that follows a traveling circus and all of the animals, drama, love, and betrayal founds beneath the infamous tents.

The true story of nine Americans and their quest for gold at the 1936 Berlin Olympics. Follow these boys from their time competing in college up until the world stage.

The famed travel writer, Bill Bryson, decides to try to hike the Appalachian Trail with an undependable accomplice. This hilarious, yet informative, account is a must-read for anyone who enjoys hiking and time in the woods.

Similar to the above-mentioned author Bryson, White writes about his experience hiking parts of the Pacific Crest Trail. He finds perspective, a passion, and an occasional near-death experience.

The book that preceded the popular movie about a soon to be college graduate who undertakes the alias Alexander Supertramp, leaves the majority of his belongings behind and attempts to escape the life he’s always known.

A truly terrifying read about the emergence of Ebola around the 1980s in Africa. Especially after our latest world scare with this disease just a couple of years ago, it was fascinating and disturbing to learn about how it manifests and what governments and health organizations do to combat it.

The tale of a young Buddha and his long and strenuous search for enlightenment.

As a writer during the Maoist regime in communist China, the author faced persecution and condemnation to labor camps but somehow managed to still tell his story years later.

Moved by his experience at an orphanage in Nepal, the author sets out to find the lost children of Nepal through any means necessary.

A tale of exploration told through the eyes of a slave. He experiences everything from starvation, desertion, and assimilation into a native tribe.

This Pulitzer Prize winner is a collection of short stories from the time of the Vietnam War. It includes not just accounts of war but also the adjustments of Vietnamese people as they emigrate to the U.S. and start new lives.

The main character, based off of Kerouac himself, is a hitchhiker, meditator, and trekker in search of inspiration from the unlikeliest of sources.

The book follows the lineage of two sisters during the time of the slave trade. Both face insurmountable obstacles and many of the hardships attributed to this time.

The story of a five year old boy from a poor village in India who becomes lost on a train. After being adopted by Australians, he is determined to find and return to his birthplace. Now a major motion picture.

The book turned movie about a young Indian boy who boards a boat with his family and their collection of animals from the zoo they operated only to find devastation, commonality, and a will to survive.

One of the most translated books on the planet about a shepherd who embarks on a quest to find a great treasure and meaning in his life.

A story about an Indian family that lives in a slum and is accused of having set fire to a woman who was planning revenge against them.

A memoir of a young boy growing up in the poverty of Ireland, written phonetically in an Irish accent and featuring a cast of memorable characters.

Although incredibly sad, a must read to gain insight to the tragedies of Afghanistan and the ruthlessness of the Taliban. One man must risk everything in order to redeem himself for his actions as a boy that still haunt him.

Hosseini has an uncanny ability to weave the culture of Islam, the casualties of war, and unforgettable characters into a story of perseverance and defiance.

A book by the talented father of a childhood friend, witness the events as a man who has emigrated to the States finds life is not as easy as he thought it would be, and considers stealing and selling the deity from his village in Africa.